Millennium Industrial Services core drilling process is guaranteed to save you time and money. Instead of drilling the studs in several stages, we will core the stud to within 1/32” of the minor diameter in only one step with one bit. Conventional drilling requires multiple stages, more man hours, and more consumables. Our core drilling method can reduce drilling time from 3 to 8 hours per stud to just 10 to 30 minutes per stud!

MIS provides a range of drilling machines for use in a variety of applications. Examples of this service are drilling holes for tapping studded or bolted connections or drilling clearance holes for fastening together components. Fine finish and close tolerances are achieved in these applications. 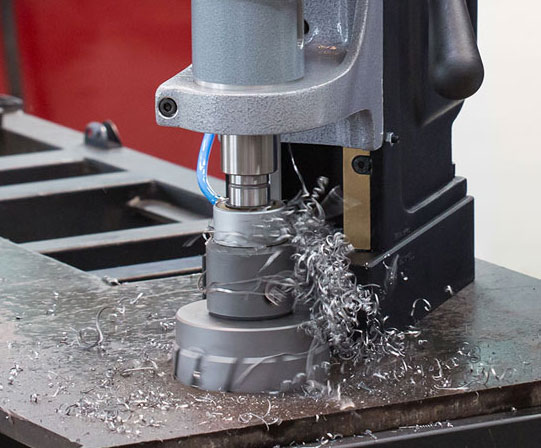